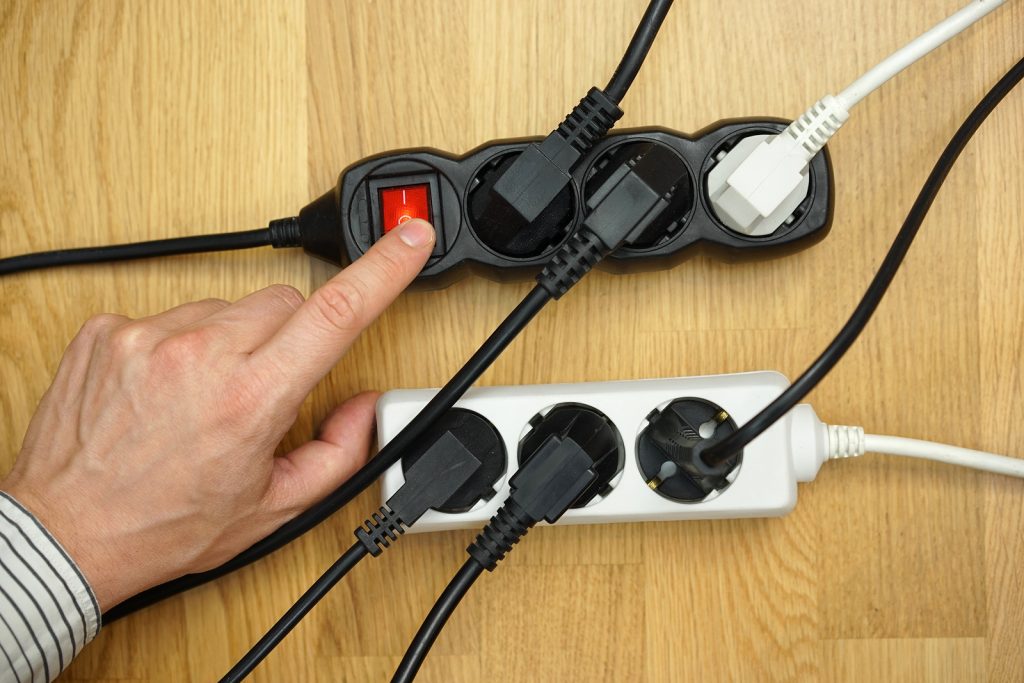 Leaking electricity is known by many other names:

Whatever it’s called, most homeowners are unfamiliar with its very existence – and how much it ends up affecting the electricity bill.

Standby power refers to the amount of electricity used by appliances and equipment while they are switched off and not performing their primary function. It’s power that is consumed by power supplies (the black cubes, sometimes called vampires, convert AC into DC). It is also caused by circuits that continue pull energy even when a device is off.

The typical home has several devices that are constantly drawing power, and they amount to almost 10% of residential electricity use. Some of the largest electricity consumers are cable boxes, phone chargers and video game consoles.

Compare the average amount of standby power used by many products using this chart.

The cost of leaking electricity

According to the National Resource Defense Council, Americans are spending $19 billion a year in electricity pulled from appliances and electronics on standby.

One reason for such so much power consumption is that many previously mechanical devices have gone digital. Appliances like washers, dryers, and refrigerators now have digital displays, electronic controls and Internet connectivity.

Ways to reduce the amount of lost standby power

For more electrical tips, repairs or installation contact the expert electricians at Weather Master. We have been serving Raleigh, Durham and the Triangle since 1977.