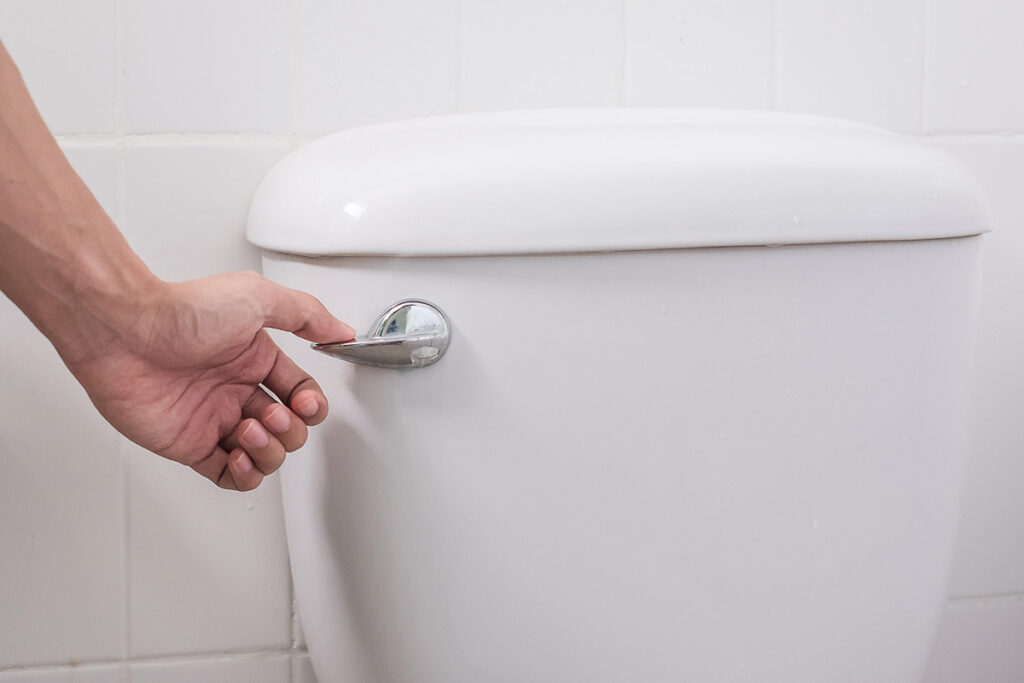 The toilet … the latrine, the john, the loo … Whatever you call it, it’s something you use every day! But, do you know how a toilet actually works?

The first thing you need to understand is that when you flush the handle on your toilet, there is of course a corresponding mechanism that goes along with this. When you flush, you’re moving a lever inside the tank. If you’ve ever looked inside a toilet tank, which we’re sure you have, you’ve probably seen something attached to a chain and made of rubber, on the very bottom of the tank. It looks like a plug of sorts. But what it’s actually called is a “flapper.” So when you flush the toilet and move a lever, it causes the flapper to lift up, and empty water out of the toilet tank.

Then, water goes out of the toilet tank and into the toilet bowl. As you know, the water that goes into the bowl comes down from around the rim of the toilet, so that the bowl gets washed from the top while you flush. (Without this, our toilet bowls would always be super dirty, ew!)

The next step is that this flowing water flows down the hole into an area behind the toilet bowl called the S-trap. (So, if you ever wondered what was underneath the porcelain at the base of your toilet, you have your answer, it’s the S-trap! What exactly is an S-trap? It’s a pipe that doesn’t exactly “trap” water, but instead causes it to move really quickly.

Think about when you’re at the water park, and a slide or a lazy river has a bunch of tight bends, causing you to go faster! That is exactly the same principle that the S-trap works on. Since it’s shaped like an S, water moves quickly around the bend in the pipe. This quick suction is what makes it possible for the things in the toilet to get flushed. We think it’s pretty cool how water and gravity alone are able to achieve this feat!

The last step in how a toilet works is the fact that the toilet tank needs to fill back up again, in order to start the flushing process over for next time. When you look in your tank, you see a plastic ball. It’s sometimes called a “float.” As the water level in the tank lowers, the float lowers, which makes a lever open up the “ball valve.” When the ball valve opens, water flows back in to fill the tank up, which in turn makes the float rise, which makes the valve close. This is very important, to make the toilet tank stops filling up!

Here at Weather Master, we’re happy to keep you informed about plumbing, even if it sometimes seems a little “TMI”! If you’ve got toilet problems or any other plumbing issues, you can easily schedule an appointment online or call now: (919) 853-7910