How an A/C and Ceiling Fan Create a Summer Ice Palace! - Weather Master Heating & Air Conditioning Skip to content
A Message from Weather Master about COVID-19 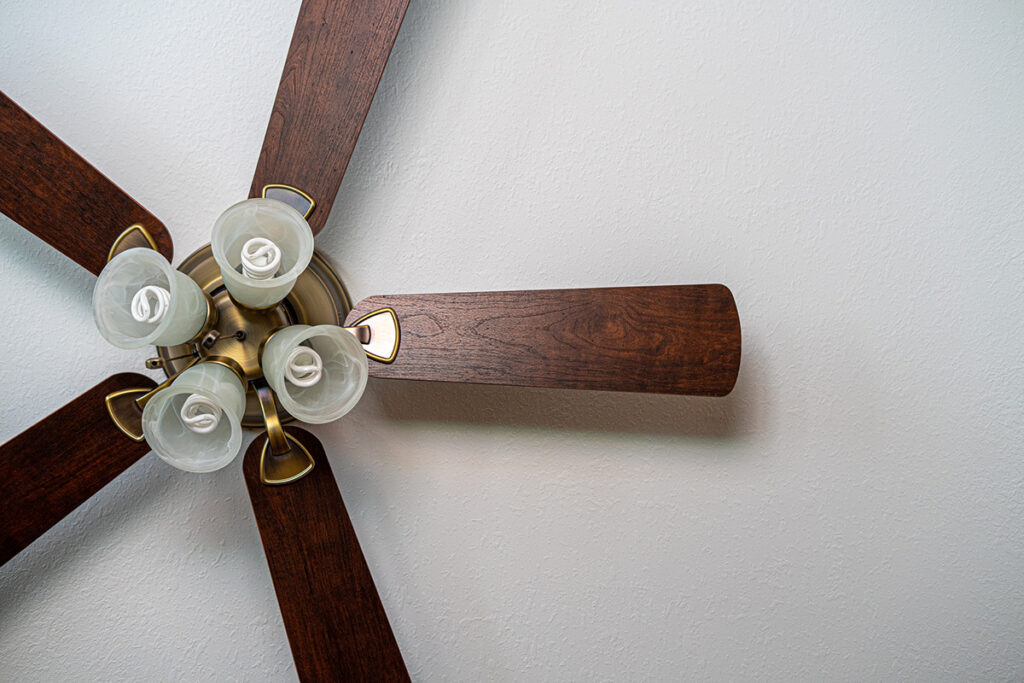 Your ceiling fan is great in summer, and of course your A/C is even better – but did you know that the two of them can work together and be more powerful than ever?

It’s true! When both are on, you can create an “ice palace” that will cause your room to chill even faster.

So how does this work? The ceiling fan works by rapidly pushing air down, effectively cooling your room very quickly. But, in order for this to work, the fan needs to be spinning counterclockwise.

So, even though for the purposes of keeping your home cool it should be turning counterclockwise, in the winter, you can actually make good use of a ceiling fan too and just have it be turning clockwise!

If you’re not sure which way your ceiling fan is moving, don’t despair! Just stand under it, and if you feel cool air coming down on you, you know your fan is going the right direction.

Now to figure out which side of the fixture controls this movement! Many ceiling fans have a switch on the housing that will make it move in either direction. You’ll have to look closely at yours to see whether there’s a switch or not.

From there, you’ve pretty much got it covered when it comes to how to use both a ceiling fan and your A/C together, for maximum coolness! (And it’s also a great temporary fix if your A/C isn’t working.) Another tip for running your ceiling fan is that, ideally, the blades should be pointed at about a 12-degree angle, because if they’re angled too far out they are more likely to blow random objects around! Ceiling fans are great but if this happens, then they’re more of a hassle than they’re worth!

Also, keep in mind that a single ceiling fan is good for cooling an area of about 500 square feet. If the room/area you’re wanting to cool down in your home is bigger than this, then a single ceiling fan won’t do the trick! However, in this case, a box fan can help. If you have two box fans, then you can put them in open windows on opposing sides of the room, and have one blowing in and the other blowing out. This way, one fan is pulling fresh air from outside, and the other is taking the old, warm air, and blowing it outside.

Whether you use a ceiling fan or a box fan, or both, to help keep you cool this summer, nothing can replace an efficiently functioning A/C system!  If your A/C isn’t working properly, then schedule a service call with Weather Master ASAP! Let the experts here in Raleigh handle it, by scheduling online or giving us a call: (919) 853-7910