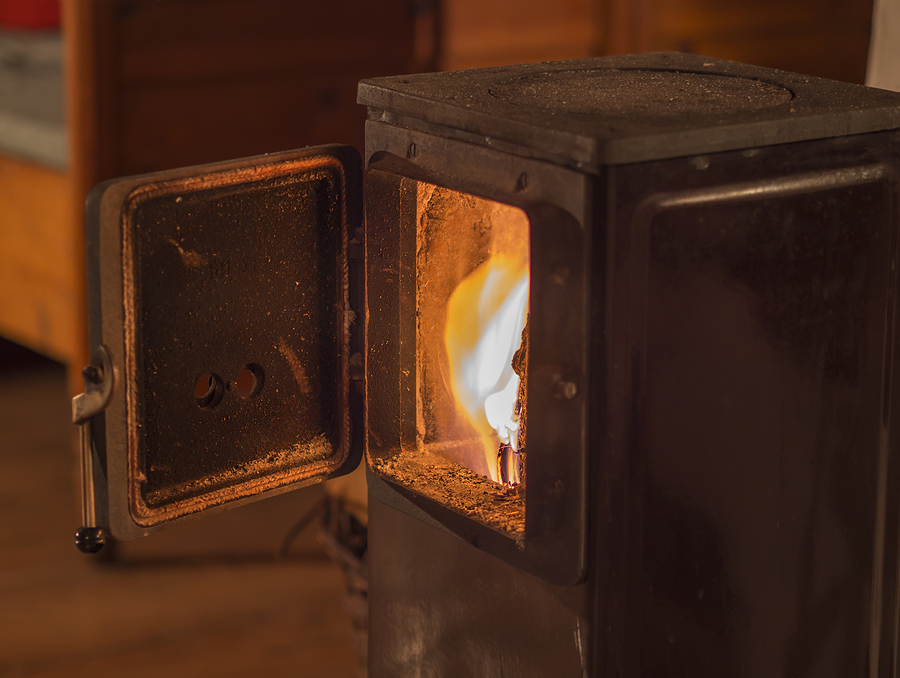 The heating systems of today have come a long way from the days of wood-burning stoves and open fire places. The Age of Technology has changed everything, including the ways we heat our homes. Now we have choices that are both more economic and more environmentally friendly.

Wood fueled – Prior to 1885, most American homes used wood burning fire places, or metal lined devices called Franklin Stoves (invented by Benjamin Franklin in 1742). This was the prevailing technology of the time, and wood was plentiful.

Steam fueled – Toward the end of the 19th century, metal lined stoves gave way to cast iron radiators. This type of heating system ushered in the era of central heating for American homes. A coal-fired boiler in the basement would send hot water or steam up through pipes to radiators paced in each room.

Coal fueled – In the same period, Dave Lennox invented the first riveted-steel coal furnace in 1885. With no electricity, these furnaces utilized the natural conversion of warm air rising, transporting heat through ducts from a basement to the rooms upstairs. Since there was no electricity to move the air around, these furnaces were able to transport the heat through natural conversion or warm heated air rising from the basement furnaces to the rooms upstairs.

In 1935 electricity made it possible to develop the first forced air furnace. This system utilized the power of an electric fan to distribute coal-fired heat through ductwork. This was followed soon by gas- and oil-fired versions, and forced air furnaces became the prevailing technology.

Today approximately 71% of US homes heat using a central warm-air furnace. Nearly 14% of those use a heat pump, which supplies both heated and cooled air energy.

In most climates, heat pumps are an energy-efficient alternative to the traditional furnace and air conditioning systems. They also use electricity to move air, but because they move warm or cool air rather than generate it, they take a lot less energy.

There are different heat pump system designs, including:

DUCTLESS MINI-SPLIT HEAT PUMP: Provides heat pump efficiency without any ductwork. A small outdoor compressor/condenser is connected by a conduit to (as many as four) indoor air-handling units. Installation must be done correctly, so check which of your local HVAC contractors have experience installing ductless mini-split heat pumps.

GEOTHERMAL HEAT PUMP: Uses the constant temperature of the earth (instead of air) as the exchange medium, transferring heat between your house and the ground or a close water source. This type of system is more expensive to install, but has much lower operating costs in the long run and requires little to no maintenance.

ABSORPTION HEAT PUMPS: Works by way of an ammonia-water absorption cycle, absorbing heat from the interior of a room to cool it, and/or releasing heat into the interior to heat it. This type heat pump is most often used in commercial or industrial buildings.