Surge Protector versus Power Strip: What's the Difference? Skip to content
A Message from Weather Master about COVID-19 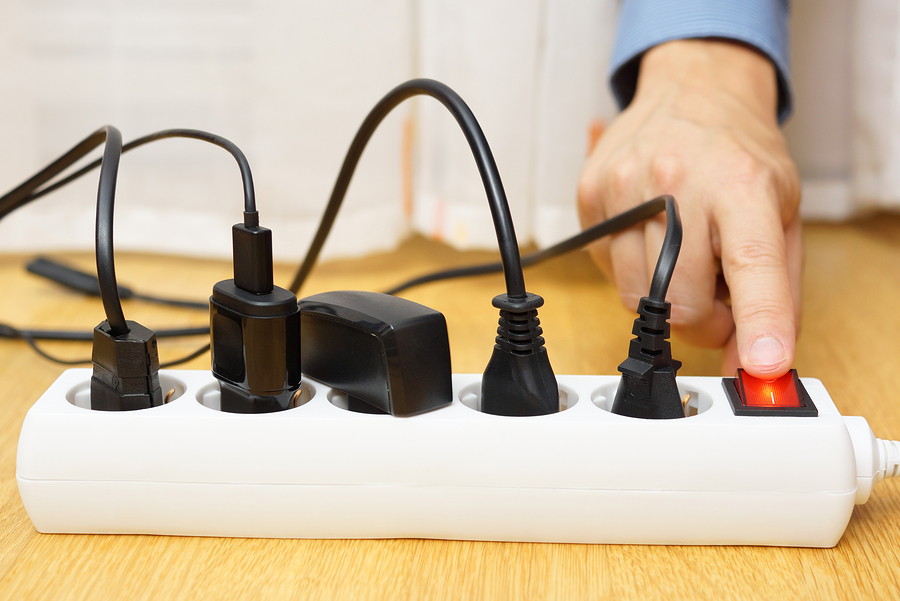 Have you ever looked at the multi-port plug by your computer and wonder, is this a surge protector or just a power strip?

Wait…you didn’t know there was a difference?

That’s alright, it happens all the time—they look exactly the same and function somewhat the same. But which one will have your back when the storms hit your home?

A power strip is basically just an extension cord with a lot of outlets at one end. Plain and simple.

A surge protector looks like an extension cord with a lot of outlets at one end, but it has a higher power—it can absorb, or “clamp” a power surge that could potentially go downstream towards your more expensive equipment. You should use a surge protector if you live in an area that has a lot of electrical storms, a rural area, or in a building with a lot of motors inside (large furnace, elevator).

According to Emerson Technologies, power surges can be caused by lightening strikes, short circuits, power outages, tripped circuit breakers and more. (However, if the circuit a device is connected to is subject to a lightening strike, a surge protector cannot prevent damage.)

How can you tell the difference?
Surge protectors will have a rating in Joules of energy showing the maximum voltage it can handle from a power spike. You can find those numbers on the box or strip itself. If there are no numbers listed, it is just a power strip. Surge protectors may cost you a little more than a power strip, but just remember they save you thousands in protection.

Other things to know about surge protectors
Surge protectors do wear out—some might warn you, but others won’t. If you’ve already had one serious power spike, it’s best to replace that surge protection before the next one.

The newer surge protectors now come with USB connections for your mobile device. However, they may come in only 1 amp, or 2 amps (1A or 2A). This will tell you how much power you’ll get through that connection—1 amp is enough for your phone, but you’ll need 2 for a tablet for quicker charging.

Some surge protectors, according to CNET, will offer a warranty on the gear that’s connected to the protector. Be sure to read the warranty, if offered, just in case you might ever need it.

Think of surge protectors as an extra insurance investment on your items inside your home, albeit a little less expensive. Before leaving the store with what you think might be a surge protector, take the time to review what you’re purchasing and use it properly.

Call an Electrician in Raleigh, NC

Weather Master is a licensed Raleigh electrical contractor that is able to resolve any electrical issue in your home. We offer a wide array of surge protection products for one outlet or your entire home. Contact us to discuss how we can help.